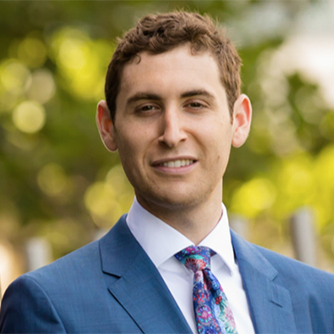 Nathan Werksman is a trial attorney at Panish Shea & Boyle LLP, fighting for the injured and wronged in complex personal injury, sexual abuse, products liability and mass tort litigation both in California and Nevada. Since joining the firm, Mr. Werksman has recovered tens of millions of dollars for his clients through both settlement and trial. Some of Mr. Werksman’s notable trial victories include:

Ortega v. Lim – A San Diego County jury awarded a $1,957,500 verdict for a man who suffered a back injury after his pick-up truck was struck by another vehicle whose driver was distracted and ran a red light at an intersection.)

Kluthe v. Charles Doherty Concrete – A Vista, California jury awarded a $1,552,917.56 verdict for a young man who suffered a back injury after his vehicle was struck by a cement dump truck that ran a red light at an intersection)

Prior to joining Panish Shea & Boyle LLP, Mr. Werksman clerked at internationally reknown law firm Kirkland & Ellis, plaintiffs’-side class action giant Robbins Geller Rudman Down, and at the Office of the San Francisco Public Defender. While at Robbins Geller, he worked on behalf of cities and counties across the U.S. suing the opioid manufacturers for the irreparable damage caused by their products. During his time at the San Francisco Public Defender, Mr. Werksman assisted in a trial resulting in an acquittal on all felony counts for his client.

Fluent in Spanish, Mr. Werksman is admitted to practice law in both California and Nevada as well as United States District Courts throughout California. He obtained his law degree from Stanford Law School where he founded and served as president of the Stanford Plaintiffs’ Lawyers Association. While at Stanford, he also served as co-president of the American Constitution Society (ACS), and earned prizes for achieving the highest marks in several classes, including The Plaintiffs’ Lawyer: Institutional Constraints and Ethical Challenges. He also served as research assistant to Professor Nora Freeman Engstrom, a scholar on tort law and legal ethics. Mr. Werksman completed his undergraduate studies at the University of Pennsylvania, where he graduated summa cum laude double majoring in History and Spanish.

Giving back to his community and his profession is of critical importance to Mr. Werksman. He is actively involved with the Jewish Federation of Los Angeles where he is an alum of the Rautenberg New Leaders Project and member of the Legal Division. He is an active member of the Consumer Attorneys of California (CAOC) where he is involved in the Legislative Committee, Consumer Attorneys Association of Los Angeles (CAALA), and the Los Angeles County Bar Association (LACBA) Barrister’s Division. He is also on the LA Chapter Regional Committee of the Stanford Law School Alumni Association. Outside of the law, Mr. Werksman is active in the California Bicycle Coalition, Abundant Housing LA, and Wilshire Boulevard Temple. He is happily married to his wife Jerri Werksman, who is a therapist in Los Angeles.

“From The Trenches: The Spontaneous Statement Exception To The Hearsay Rule”