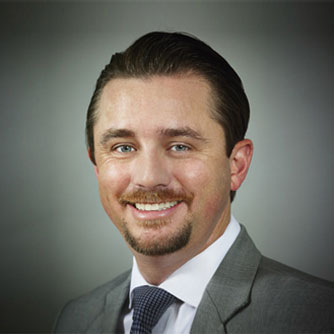 In September of 2014 Adam Shea and Mr. Casey obtained a $7,200,000.00 settlement for four children whose mother was killed when the car in which she was a passenger in was rear-ended by a San Bernardino County Sheriff.

In April of 2014, Mr. Ryan Casey and Thomas A. Schultz helped obtain a policy limits $6,100,000.00 settlement on behalf of an elderly plaintiff who was struck at night in an unmarked crosswalk by a Rancho Santa Fe Security guard causing her extensive injuries, including multiple fractures and a traumatic brain injury.

In June of 2012, Mr. Casey was trial counsel with Brian Panish and Thomas A. Schultz in the matter of Sheth v. Schneider National Carriers, Inc.  The Sheths were passengers in a vehicle when they were struck by a big rig and crashed into a median causing severe spinal injuries to Mrs. Sheth.  After a month long jury trial a Riverside County Superior Court jury awarded the Sheths $36,482,302.56.  Schneider National offered the Sheths $250,000 before trial.  The verdict is believed to be the largest personal injury verdict in Riverside County history.

In 2012, Ryan Casey and Rahul Ravipudi obtained a favorable confidential settlement on behalf of a client who stopped a runaway horse from crashing into a group of children at a horse show and was seriously injured in the process.  Also in 2012, Mr. Casey Spencer Lucas and Adam Shea obtained a considerable confidential settlement on behalf of a family who were struck head on by a negligent truck driver and suffered serious life altering injuries.

In 2011, after obtaining terminating sanctions for destruction of evidence by the defendant, Mr. Casey and Rahul Ravipudi, obtained a significant confidential settlement on behalf of a client who was knocked down by a delivery man in a grocery store and suffered serious injuries.

Mr. Casey is committed to advocating for his clients who have been injured as a result of individual or corporate wrongdoing and ensuring his clients’ interests are fully and justly represented.  Mr. Casey graduated cum laude from the University of California Los Angeles with majors in Political Science and History before attending Loyola Law School in Los Angeles.  While at Loyola Law School Mr. Casey was a member of the Loyola National Trial Advocacy team and was awarded the Karl Seuthe award for excellence in trial advocacy.   In 2013, 2014, and 2015 Mr. Casey was recognized as a “Rising Star” by California Law & Politics magazine – an honor awarded to the top 2.5% of lawyers in the Southern California area under 40 years of age.

Mr. Casey is a member of the State Bar of California and the United States  District Court for the Central District of California.  He is an active member of the Consumer Attorneys Association of Los Angeles, Consumers Attorneys of California, Los Angeles County Bar Association  and Beverly Hills Bar Association.  When Mr. Casey is not actively representing his clients and their interests he enjoys being active himself, playing softball in Santa Monica and baseball in the Los Angeles Baseball league.  Mr. Casey has also participated annually in the Run for Justice 5k, associated with the Los Angeles Marathon, to raise money in support of Public Counsel.