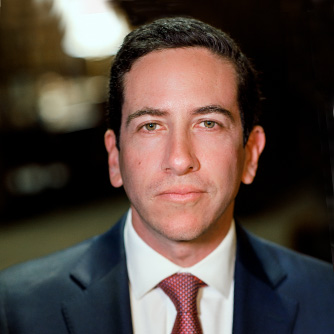 Robert Glassman is a partner at Panish | Shea | Boyle | Ravipudi LLP where he represents plaintiffs in large and complex personal injury cases and is a recognized leader in the Los Angeles legal community.  Mr. Glassman was named 2018 “Rising Star” in Personal Injury litigation by Law360 and recognized as a “Rising Star” by the Super Lawyers publication since 2013 where he has been consistently selected as one of the “Up-and-Coming 100 Southern California Rising Stars”, the list of lawyers who rank at the top of the Super Lawyers’ Rising Stars list.

His work on two high-profile school injury cases – Lee v. Pupil Transportation Cooperative and Pierce v. Murrieta Valley Unified School District– led to significant reforms at the school districts where the tragedies occurred and helped to establish new child safety laws in California. The Consumer Attorneys of California selected Mr. Glassman as a Consumer Attorney of the Year finalist for his work on each of these cases.  Mr. Glassman also represents victims and survivors of sexual abuse, including ‘Jane’ who filed suit against her abusers in the high-profile case against Jeffrey Epstein and Ghislaine Maxwell.

Mr. Glassman is a member of the American Board of Trial Advocates (ABOTA) Los Angeles Chapter and has secured numerous seven-figure verdicts as lead counsel.

SOME OF MR. GLASSMAN’S MOST NOTABLE TRIAL VERDICTS INCLUDE:

SOME OF MR. GLASSMAN’S NOTABLE SETTLEMENTS INCLUDE:

Mr. Glassman has also secured eight-figure settlements in a wide range of cases including $32.6 million in a products liability design defect case, $16 million in a premises liability case, $12.45 million in a motor vehicle collision case, and $10 million in a dangerous condition of public property case involving a fallen tree.

He is a member of the executive committee of the Los Angeles County Bar Association Judicial Appointments Committee (JAC) which responds to the governor’s requests to evaluate individuals under consideration for appointment to the Superior Court bench.

In 2020, Mr. Glassman also led the collaboration between Panish | Shea | Boyle | Ravipudi LLP and The Children’s Rights Clinic at Southwestern Law School (CRC) to provide legal representation to low-income children in the areas of school discipline, special education, and personal injury. Under his direction, clients will be represented by the firm in the area of personal injury while Southwestern law students participating in the Children’s Rights Clinic will represent clients in the areas of special education and school discipline under the supervision of Southwestern Law School Professors.

An alumnus of the Whitfield School in St. Louis, Missouri, Mr. Glassman also provided an invaluable opportunity in 2021 for the current and future students at his alma mater with the creation of the Glassman Leaders Program. During the program, two selected students — one junior and one senior — develop their public speaking and leadership skills through on-and off-campus coursework and mentorship. Participants also attend an eight-week Dale Carnegie course, which focuses on building communication skills for business people and students alike.

Mr. Glassman attended Bucknell University in Lewisburg, PA where he obtained his B.A. degree in English.  Following college, Mr. Glassman obtained his law degree from Southwestern Law School in Los Angeles where he served as president of the student body, and was a member of the Trial Advocacy Honors Program.

Mr. Glassman is admitted to practice law in the District of Columbia, California, and United States District Courts throughout California.