(877) 800-1700
We are the Strength By Your Side™
The aviation accident attorneys at Panish | Shea | Boyle | Ravipudi LLP can help you and your loved ones move closer to healing.
Request Free Consultation
Air 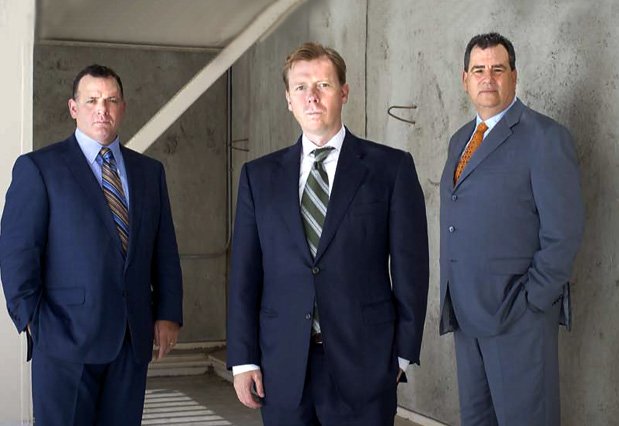 Air travel is statistically safer than automotive travel, when you measure on a "per mile traveled" basis. However, when airplane accidents do occur, they tend to involve more people, cause more fatalities and injuries, and lead to wide scale wrangling over insurance issues. Moreover, assigning liability in airplane crash cases can often be far more complicated than it may appear upon first inspection of the facts.

Meet Our Attorneys
8 Reasons to Choose Us Our success rate is over 99% and we have obtained over $800 million in verdicts and settlements in the past 5 years.
1 Record Jury
Verdicts

In fact, our partner Brian Panish, holds the record for securing the largest personal injury verdict in the nation's history — $4.9 billion — against General Motors in 1999 in the Anderson v. GM case.

The aviation accident attorneys of Panish | Shea | Boyle | Ravipudi LLP are not only renowned in California, but also nationwide for our commitment to our clients' needs and the quality of our work.

We have obtained record settlements in all types of airplane accident cases. Over the years, our personal injury lawyers have earned the respect of industry peers and the trust of our clients.

A number of aviation cases do not go to trial.

However, our attorneys have remarkable trial experience and have consistently shown their ability to win significant jury verdicts. As a result of this trial experience, insurance companies, and their attorneys, know that when Panish | Shea | Boyle | Ravipudi LLP is representing the plaintiffs, then that case has to be taken seriously.

Insurance companies often attempt to settle aviation disaster cases at a fraction of its actual worth.

5 Working with
All Parties

Our experienced legal team has a track record of working well with all parties concerned, including airplane manufacturers, airline companies, insurance carriers and opposing counsel.

Our goal is to accomplish the best possible result in your case and to obtain the maximum compensation for your injuries, damages and losses.

The legal system can be intimidating and complex, especially when you are trying to recover from serious injuries or dealing with the death of a family member due to an aviation accident or disaster.

Our aviation accident lawyers are adept at steering through the complex legal system as well as dealing with insurance companies. We do it for you, so you can focus on the recovery process.

We make it affordable for you to pursue your aviation accident case by not charging you any fees during the process of obtaining compensation.

We understand that our clients are under significant emotional and financial strain in the aftermath of such an accident. Our law firm works on a contingency fee basis, which means that you do not pay for our legal services until we recover compensation

If an insurance company attempts to lowball you by offering you an aviation accident settlement less than you deserve – and they often do – we counter with a little hardball of our own.

Insurance companies are not your friends. In fact, their goal is to settle your case quickly and with minimum payout. We will strive to obtain maximum compensation in your case.

“PSBR really worked tirelessly to ensure that we got the best settlement outcome for our family.”

"Their honest and professional approach was just what we needed during this difficult time."

"You respected us as clients and treated us as 'family'. I can never thank you enough."

Depending on where and under what circumstances an airplane crash has occurred, very different laws can apply. Various commanding agencies, commercial airline personnel and even passengers can be charged with partial or full responsibility for crashes. Maintenance crews, air-traffic controllers, airplane owners, and parts manufacturers can also be implicated in aviation accidents. An airline accident attorney can help you determine liability and pursue compensation for your damages.

Another factor to consider is that airplane crashes often involve injuries to more than one party. Thus, sometimes it may behoove a plaintiff to connect with other aviation accident victims to launch a class-action suit. That said, if, for instance, other plaintiffs make ill-advised choices about their representation, you may want to seek independent private counsel from an aviation lawyer.

Given the massive publicity and money involved in aviation accident cases, the resulting legal battles can drag on for years in the public spotlight — sometimes even for decades. To parse the ultimate causes and long-term effects of airline accidents can prove to be a confounding and frustrating business.

Fortunately, injured parties can turn to the tested and aggressive aviation law firm of Panish | Shea | Boyle | Ravipudi LLP for representation in private plane crashes, commercial aviation accidents, small plane crashes, helicopter wrecks and wrongful death claims. For decades, we have represented accident victims against powerful corporations and generated unparalleled results for our clients. We are accessible 24/7 for our clients, and our reputation speaks for itself.  We have won multiple eight-figure verdicts for international airline crash victims, including a $15 million verdict won on behalf of clients who lost relatives aboard Singapore Airlines Flight 006 and an $11 million verdict for the parents of a young woman who died aboard a Gulf Stream 3 plane.

“PSBR really worked tirelessly to ensure that we got the best settlement outcome for our family.”

"Their honest and professional approach was just what we needed during this difficult time."

"You respected us as clients and treated us as 'family'. I can never thank you enough."

Previously released recordings of conversations between federal air controllers and the pilot in question, who was in training and survived by parachute injection prior to the plane crash, show he was repeatedly offered a chance to land the plane at the a nearby San Diego Navy base away from civilians avoiding the horror. The United States Government admitted liability for the accident and the family were awarded $17, 845,000 on December 28, 2011. The firm represented the mother-in-law’s husband, children and mother in their wrongful death claims, the highest wrongful death sentence against the United States and 20th highest verdict.

Confidential settlement for the family of a wrongful death victim in a highly publicized commercial aviation crash.

Settlement for an individual wrongful death in a case pending in Federal Court.

Largest known settlement for military personnel injured during the war in Iraq awarded to Juan Beltran and Ron Carns for injuries they received. Beltran was represented by Kevin Boyle and was awarded $11,247,500 for injuries he suffered in a helicopter crash in Iraq which left him paralyzed. 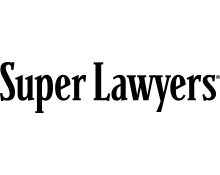 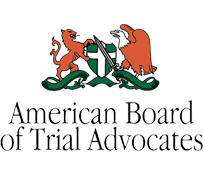 Request Your Free Consultation All Fields Are Required *