Commercial airplane crashes are luckily quite rare in America, especially compared to incidents such as car crashes. Yet around the globe, victims of commercial airline accidents continue to crop up. Recent accidents such as the 2013 Asiana Airlines crash in San Francisco, the 2016 American Airlines crash in Chicago, and the 2017 crash of a U.S. Marine Corps aircraft in Mississippi show that people still sustain serious injuries and die in airline accidents each year.

The commercial airline accident lawyers at Panish Shea & Boyle are uniquely qualified to handle these aviation accident cases, as we’ve successfully represented commercial aviation accident victims in the past. We secured a substantial settlement for the victims and families of victims on Alaska Airlines Flight 261, which crashed in the ocean near California’s coastline in 2000 and killed 88 people. Our team is prepared to help you take on major commercial airlines for mechanical failures, pilot incompetence, and other negligence-related crash causes. 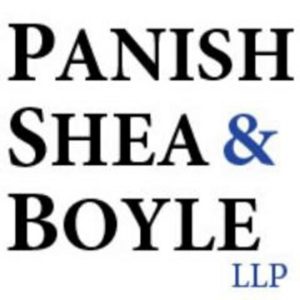 What Causes Commercial Planes to Crash?

Almost every commercial plane crash in history comes down to one or more human errors. While weather conditions, birds, and other acts of God have caused a fair share of aviation accidents, the majority stem from preventable errors by the part manufacturers, pilots, assistants, and air controllers. Issues such as engine failures, fuel leakage, incompetent pilots, collapsing structures, and fires have all contributed to preventable commercial aviation accidents in the past.

If you think an airline and/or another party is responsible for your recent commercial airplane accident, you have rights as a survivor. In many cases, airlines knew or should have known about the hazard, but they failed to repair it in time to prevent injuries and deaths. In these cases, survivors could sue the airline for negligence. Going to court after an aviation crash could result in payment for your medical bills, pain and suffering, lost wages, and other damages.

What to Do as an Aviation Crash Victim

While most aircrafts today are designed to fly with one or even several engines impaired or unresponsive, catastrophic failure of multiple engines (due, for instance, to fuel leakage) can create extremely hazardous conditions. Well-trained pilots can often glide such planes to a relatively safe landing, provided there is some sort of crash site within reach. However, more often than not, passengers and crew do end up injured. Other potential contributors to airline crashes in all cities around the world include onboard fires, stalling, failure of parts due to poor maintenance, craft damage sustained on the ground, pilot error, error on the part of air-traffic controllers, and even bird strikes.

After any type of aviation crash, your first priority should be your personal health and safety. Don’t delay in seeking medical attention for your injuries. Take care of yourself first and foremost. Once you’ve received medical treatment, start thinking about how you would like to proceed moving forward. Other crash victims may be suing the airline, especially if reports of airline-related failures that contributed to the accident surface.

Suing an airline, an aircraft manufacturer, and/or other parties after a commercial airplane accident is no small task. It’s much more manageable, however, with a team of knowledgeable commercial airline accident attorneys by your side. Work with a law firm with the resources to investigate an aviation accident, determine the cause(s) of the crash, and to hold the responsible party or parties accountable for the injuries and deaths of innocent passengers.

As the survivor of a plane crash, or the family member of someone who died, look to Panish Shea & Boyle LLP. Our aviation attorneys boast unparalleled experience with aviation disaster cases, and we’ve won multi-million dollar settlements for our claimants in many complex cases. For instance, we represented victims of Alaska Airlines Flight 261, which crashed near the California coastline, and we secured an substantial confidential settlement for those plane crash victims and their families. In another personal injury case — Anderson v. General Motors — we got a $4.9 billion jury verdict for a family that had been harmed by a vehicle’s poorly engineered fuel system.

Find out what our experienced airplane accident attorneys at Panish Shea & Boyle, LLP can do for you by dialing us toll-free at (877) 800-1700.