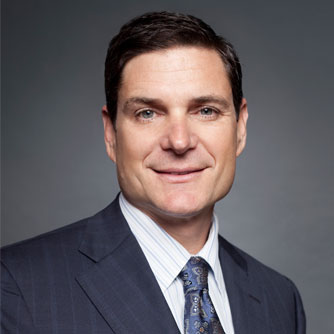 The Honorable Peter J. Polos (retired) serves as Panish | Shea | Boyle | Ravipudi LLP’s Director of Litigation. In that role, he assists in overseeing the firm’s entire litigation practice, providing a unique perspective as both an experienced trial lawyer and as a judge who understands effective case presentation. Judge Polos frequently attends case mediations with other firm attorneys, provides guidance on trial strategy and works closely with the firm’s referral attorneys to ensure a smooth transition and oversight of cases brought to the firm by other lawyers. Over the years, he has effectively screened the viability of thousands of potential cases. As a judge and private mediator, he has successfully mediated hundreds of complex cases to successful resolution.

Prior to joining Panish | Shea | Boyle | Ravipudi LLP, Judge Polos spent eight years as a Superior Court Judge in Orange County, California. He was appointed to the bench by Governor Gray Davis in 2001 and sat for almost five years on the General Civil Panel hearing complex tort, business, employment and product liability cases. He presided over 250 trials, including the City of Anaheim v. L.A. Angels of Anaheim naming case as well as numerous other high profile cases. His assignments also included handling misdemeanor and felony criminal jury trials. During his time on the bench, Judge Polos was appointed by the Chief Justice of the California Supreme Court to serve two terms as a member of the Judicial Council’s Civil and Small Claims Advisory Committee. He served on both the Complex and Uniform Rules Subcommittees and Co-chaired the committee for Minor’s Compromise reform. Judge Polos served two terms as an alternate on the Court’s Executive Committee and was a long time member of the Grand Jury Selection Committee and the Educational Committee. He previously served on the Court Technology Committee and the Court Referral Program Advisory Council. He also was asked by the presiding judge to serve as a mentor Judge to newly appointed Judges.

Before his appointment to the bench in 2001, Judge Polos practiced complex plaintiff’s litigation, including mass tort, product liability, catastrophic injury/death cases and medical malpractice. Judge Polos served as a member of the Plaintiff’s Executive Committee of the Coordinated Fen/Phen Litigation, on the Executive Committee for the Coordinated Ford/Firestone Litigation, and as Co-Lead Counsel for Southern California for the Coordinated Sulzer Hip Litigation. He recently was appointed to serve on both the Federal and California state Plaintiff Steering Committee for the billion dollar DePuy hip litigation.  He was the primary handling attorney on over 2,000 Superior Court Cases which resulted in over $1 billion dollars in settlements. The mass tort cases he has been involved with collectively have settled for over $7 billion dollars. Judge Polos practiced with David M. Harney in Los Angeles from 1990 to 1996 and was a partner at Lopez, Hodes, Restaino, Milman, Skikos & Polos in Newport Beach from 1996 to December 2001.

Judge Polos was recruited to play Water Polo at UCLA and earned his undergraduate degree in Economics in 1987. While at UCLA, he was a member of the Air Force ROTC and earned one of two quotas given to all Southern California ROTC members to enter flight school after graduation as well as his pilot’s license for a Cessna 152.

Judge Polos graduated from Loyola Law School with his JD in 1990.

Judge Polos is a member of the American Board of Trial Advocates (ABOTA). He serves on the ABTL Judicial Advisory Committee and is a member of the Banyard Inn of Court. He was the 2003 recipient of the W. Patrick McCray award presented by the West Orange County Bar Association. Judge Polos has two children, Jonathan and Mary, and has been married to his wife, Kristie, for over 18 years. He devotes time to volunteering and raising money for the Juvenile Arthritis Association (JAA) of which his wife was a key founding member.