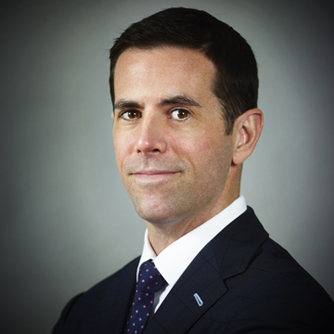 Spencer Lucas is a trial lawyer at Panish Shea & Boyle and specializes in litigating complex catastrophic personal injury, products liability and wrongful death cases.  He has extensive experience in cases involving traumatic brain injuries and spinal cord injuries. Mr. Lucas has successfully recovered over $400 million for his clients and prides himself on helping injured people and their families recover from tragic situations.

Mr. Lucas has been the recipient of numerous awards and recognized for his work in the courtroom including nominations as a Trial Lawyer of the Year Finalist by both the Consumer Attorneys Association of Los Angeles (CAALA) and Consumer Attorneys of California (CAOC).  In 2013, Mr. Lucas was an award winner and recognized by The Recorder magazine “On The Fast Track”.  He is recognized annually as a “Best Lawyer in America” by Best Lawyers and a “Super Lawyer” by the Super Lawyers® publication.

Mr. Lucas has obtained numerous eight-figure verdicts and settlements in cases throughout California, including the following:

Mr. Lucas was also lead trial counsel in the matter of Haskell v. Farmers Insurance, obtaining an award of $8,652,580 for his client.  The settlement offer in this case prior to the award was $300,000.

In addition to his work as a trial lawyer, Mr. Lucas serves on the Board of Directors of the Los Angeles Trial Lawyers’ Charities (LATLC) which funds many local charity groups focusing on education, survivors of abuse, children, and the homeless.

Mr. Lucas speaks fluent Spanish and works with many of the firm’s Spanish-speaking clients.  He has lived in Havana, Cuba, and Mexico, where he spent his summers in college building homes for the homeless in Ciudad Juarez.  Mr. Lucas is frequently asked to give legal commentary on national Spanish television and radio programs.