Although flying on an airplane is seen as statistically safer than driving a vehicle, there is an important distinction between private planes and commercial aircrafts. According to recent data compiled by the National Travel and Safety Board (NTSB), private airplanes are far more dangerous by an order of magnitude. On a large, commercial airliner, fewer than 0.01 fatalities per 100,000 hours flying occur. On private aviation craft, however, that ratio jumps to more than 2.3 fatalities per 100,000 hours flown. In other words, you are 200 times more likely to die while flying on a private plane than you are while flying on a commercial airliner. And according to Live Science, when averaging out fatalities for flight time, the numbers suggest that stepping on a private aircraft is almost 20 times more dangerous than getting behind the wheel of a car.

There are many reasons why private flying is more dangerous than other forms of air travel: 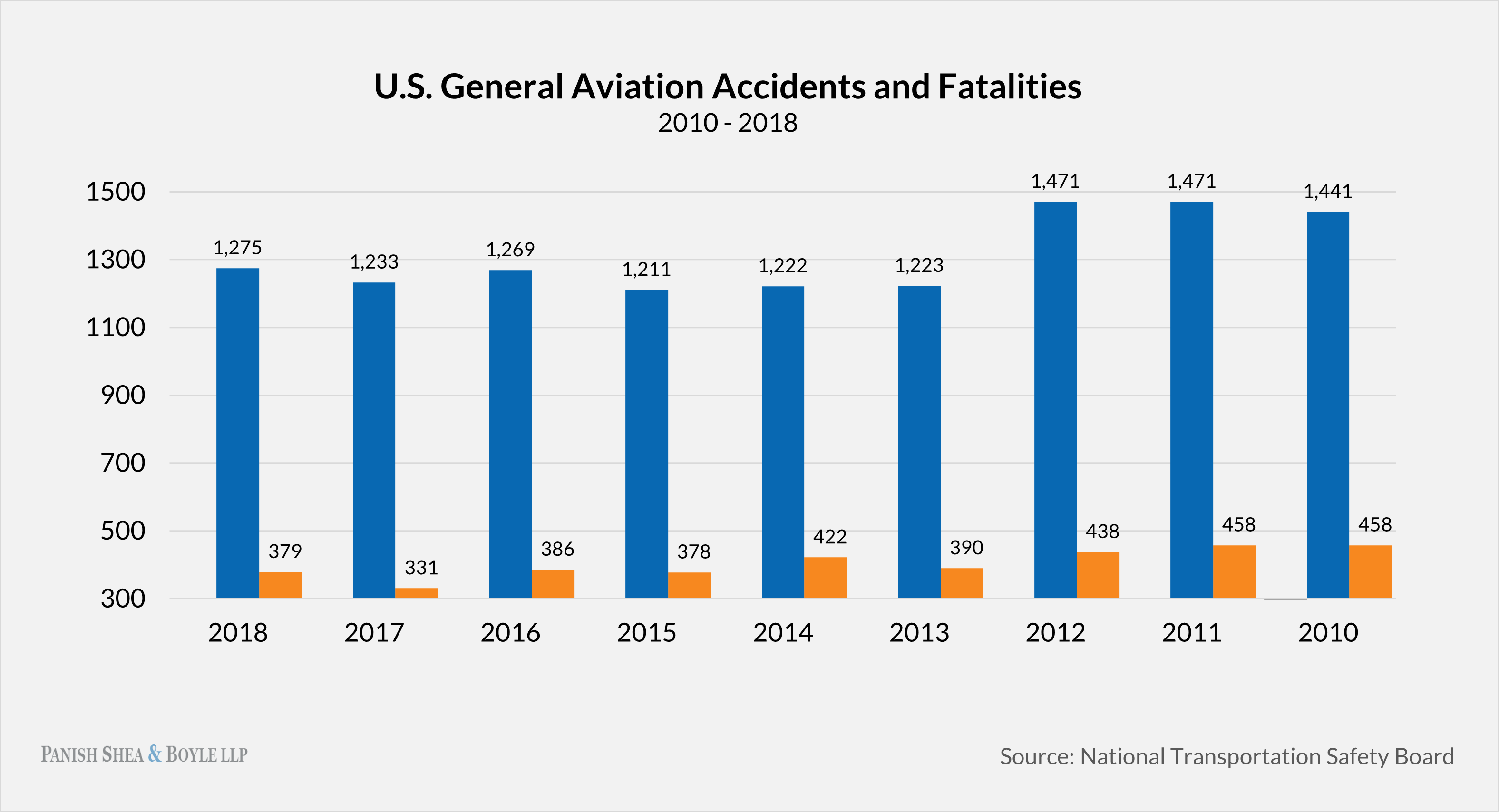 Why Private Planes Are More Dangerous Than Commercial Planes

Private jets or charter planes may offer luxury, privacy, and convenience for those who can afford their services, but it is essential for anyone traveling by private plane to consider the risks.  The hazards of flying on a small plane are comparative to driving in a typical car,mostly due to the dangers of private air travel. “Private air travel” refers to all domestic civilian flights except scheduled commercial flights. The rate of aviation accidents in private air travel has remained mostly unchanged for a decade.

Commercial airlines use robust networks of many employees to handle their flights. Larger airlines are capable of accommodating full planes of passengers on tight schedules thanks to their back-end support. Private planes are generally personal assets, so owners of private airplanes either act as their own pilots or hire private pilots. Passengers of private planes are then at the mercy of their pilots’ skill and capabilities in the face of severe weather and other hazards. Private planes are luxurious but lack the failsafe features and hardiness of larger aircraft. Small planes are far more likely to suffer catastrophic damage from severe weather, birds flying into engine turbines, and other flying hazards.

Pilot error is the most commonly cited reason for private airplane crashes; specifically, loss of control of the aircraft. Since most private pilots are contractors, they wait on clients’ needs and head to the runway when it’s time to fly. There generally isn’t a set schedule, or rotating set of pilots to ensure regularity and shift coverage. An unprepared pilot called for a flight may put his or her passengers at risk or an airplane accident if he or she is not in a suitable state to fly. Pilots who attempt to fly small private aircraft while under the influence, while fatigued, or otherwise impaired, put the plane and everyone on board at serious risk of an aviation accident.

Privately owned planes often don’t have the same technological assets as larger commercial aircraft. While some people, such as celebrities and wealthy businesspeople own private planes, these individuals often opt for luxury and amenities over technical reliability. Pilot error and bad weather are the most common reasons for losing control of an aircraft while in flight, and larger planes are equipped with sensors that can help pilots make better decisions in dangerous flying conditions. A private plane pilot is at the mercy of the plane’s capabilities, which are generally limited in comparison.

Who Can Be Held Liable For a Private Plane Crash?

While the odds of surviving an aviation accident are very slim, several individuals have done so in recent years. Private plane owners will typically incur liability for any harm that befalls passengers despite the fact that private planes are not beholden to the same regulatory requirements that commercial aircraft must follow.

If you or someone you know has suffered injuries, property damage, or other losses due to a private plane accident, it’s essential to connect with a reliable attorney as soon as possible. A private plane crash lawyer will help you deduce the parties liable for the crash and help cultivate a solid case.

Contact Us For Financial Compensation After an Airplane Crash

“Reasons abound as to why private flying is more dangerous. One primary factor is pilot training.”

To seek remuneration for damages that you or a loved one suffered from a private plane crash, you need tried and tested legal representation. The aviation accident attorneys at Panish Shea & Boyle LLP welcome the opportunity to discuss your matter with you for free and at zero-obligation. Connect with an associate now at (877) 800-1700 and let our private plane crash attorneys help you strategize your best legal options moving forward.