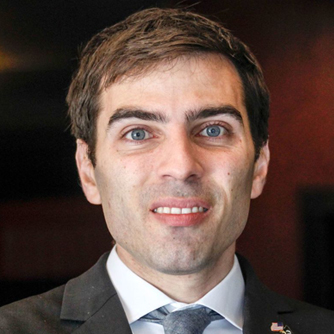 Jesse Creed is a trial attorney with Panish Shea & Boyle LLP and has always stood as a champion for those who feel powerless in the face of significant trauma, hardship, or catastrophe. He has fearlessly advocated for legal and policy changes on behalf of his clients and is considered an expert on military veteran policy and administration, pushing for policy and legal reforms in the courts, the Congress, the executive branch, and in the court of public opinion.

Prior to joining the firm in 2018, Jesse fought passionately on behalf of homeless and disabled military veterans in a decades-long, high-profile battle with the VA over the use of the 388-acre campus in West Los Angeles. He led Vets Advocacy, a legal and policy advocacy nonprofit, formed out of the landmark Valentini v. Shinseki class action litigation where he represented a class of homeless and disabled veterans that led to a commitment from the VA to build at least 1,200 homes for homeless veterans at the West LA VA campus, Congressional legislation for his clients (the “West Los Angeles Leasing Act of 2016”), and an unprecedented public-private partnership involving the federal government, the City and County of Los Angeles, and attorneys for the Valentini plaintiffs. This litigation also led to a wholesale uprooting of corruption at the VA, resulting in the criminal conviction of a high-level VA official for bribery, a wide-ranging VA Inspector General report, and the indictment of an individual stealing millions from veterans. For his work, he was awarded the prestigious California Lawyer’s Attorneys of the Year Award and is recognized as one of the few lawyers with extensive experience running public opinion campaigns for systems change through the use of the media and community organizing.

In addition to handling aspects of the Valentini litigation with his previous firm, Munger, Tolles & Olson, LLP, Jesse represented a whistleblower in a multi-billion dollar securities investigation by the Department of Justice and the Securities & Exchange Commission, the board of directors of Facebook in a derivative securities litigation, and Emeco, Inc. in a trade dress infringement suit against Restoration Hardware, among other matters.