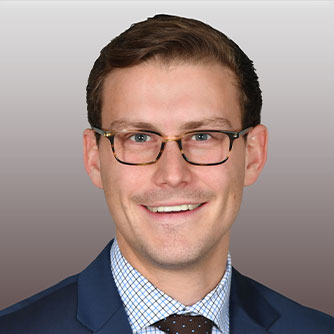 Since joining the firm, Mr. Yoka has assisted PSBR partner Adam Shea in recovering millions of dollars for his clients, including a recent $5,000,000 verdict + punitives damages in Troupe v. Pavestone LLC, a seven-figure confidential settlement for a bicyclist who was struck by a motor vehicle, and a seven-figure confidential settlement in a case involving a minor who was struck by a motor vehicle.  Mr. Yoka also assisted attorney Robert Glassman in the case Carmen Valenzuela, et al. v. Leavitt’s Freight Service, Inc., obtaining a $2,000,000 settlement for the adult children of an elderly man struck and killed by a pole while riding as a passenger in a medical transport vehicle.

Prior to joining Panish Shea & Boyle, Mr. Yoka had the honor to serve as a judicial extern to the Honorable William Alsup, United States District Court, Northern District of California.  In his first year out of law school, he worked as a defense attorney where he represented several motor vehicle companies and some of the nation’s largest insurance
companies.

A member of the State Bar of California and an active member of the Consumer Attorneys Association of Los Angeles, Mr. Yoka received his J.D. from the University of California, Hastings College of the Law where he graduated with Pro Bono Society Honors for his volunteer legal service to the community.  While in law school, Mr. Yoka was a member of Hastings Moot Court Team and a Senior Articles Editor for the Hastings Constitutional Law Quarterly.  He was also a Certified Law Clerk for the Los Angeles County District Attorney’s Office, where he split time between the Major Crimes Division and the Preliminary Hearings Division.

In 2019, Mr. Yoka was appointed to serve as a member of the Board of Trustees for the University of California, Hastings College of the Law.  He is currently serving a three year term.