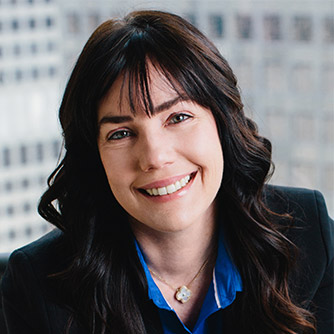 Rachel Gezerseh is a trial attorney with Panish Shea & Boyle LLP, who specializes in litigating complex catastrophic personal injury, wrongful death and products liability cases.  Ms. Gezerseh was previously an attorney at top international law firm Jones Day, where she litigated large scale product liability and aviation disaster cases.  She regularly obtained outstanding results for her clients, which included consumer product and aircraft manufacturers, healthcare companies, and pharmaceutical and medical device manufacturers.  Ms. Gezerseh has now taken the skills she gained at Jones Day and dedicated her practice to vigorously seeking justice for individuals who have been wrongfully harmed.

Ms. Gezerseh has substantial experience in a broad range of litigation phases, including discovery, motion practice, mediation, and trial. She has taken and defended numerous party and corporate witness depositions and has extensive drafting experience with summary judgment and other critical motions at the trial level.  Currently, Ms. Gezerseh is working alongside partner Rahul Ravipudi on behalf of plaintiffs in the Southern California Fire Cases litigation arising from the 2017 Thomas Fire in Ventura and Santa Barbara counties and subsequent debris flows in Montecito, California.  Ms. Gezerseh is also part of the team representing school districts and other public entities in California involved in the JUUL Labs Product Cases litigation against the electronic cigarette manufacturer.

Ms. Gezerseh is dedicated to pro bono work and community involvement.  While at Jones Day, she fought passionately on behalf of victims of human trafficking and forced labor working with counsel from Bet Tzedek, the Coalition to Abolish Slavery and Trafficking, and Asian Americans Advancing Justice to obtain a six-figure restitution award for the clients in connection with a criminal case against one of the traffickers.  Ms. Gezerseh serves on the Associate Leadership Board for Public Counsel and is a member of the Alumni Association Board of Directors at Southwestern Law School where she chairs the Domestic Violence Advocacy Initiative (DVAI) committee.

Ms. Gezerseh received her Juris Doctorate from Southwestern Law School, where she was an Associate Editor of the Southwestern Law Review and a member of the Moot Court Honors Program.  During her third year at Southwestern, Ms. Gezerseh had the honor of serving as a judicial extern to the (late) Hon. Florence Marie Cooper in the Central District of California.  Prior to becoming a lawyer, Ms. Gezerseh was a documentary filmmaker and received her B.A. in Film and Television from the University of California, Los Angeles.