How Do Airplanes Still Run Out of Fuel?

Flying in jets or airplanes is so common that we rarely consider the complexities of what makes a plane stay in the air. One thing we do understand is that a machine like a commercial aircraft needs fuel. However, despite this obvious knowledge, one common reason for airplane crashes is that the plane has run out of gas. It seems incredible that such a mistake can happen, but the reasons for airplanes running out of fuel are a little more complicated than traditional vehicles.

When Planes Run Out of Gas

On November 28, the Chapecoense soccer team was flying to Columbia for the final game in a soccer championship, the Copa Sudamericana. Their plane ran out of fuel and crashed into a mountainside 12 miles away from the airport where they were to land. Seventy-one of the 77 people aboard the plane died. The plane was carrying enough fuel to get to the destination but did not have enough for the 30 minutes of extra flying time that commercial airplanes require. The airline controllers told the pilot he needed to wait before landing because of delays on the runway, and the plane ran out of fuel while they were waiting.

Because it causes incidences like these, fuel starvation is a serious and fatal issue for planes. Though they only make up about 0.5% of all crashes, fuel problems have happened often enough to be a part of training requirements for future pilots. Pilots have checklists that they must go through before every flight. Their training requires them to first check their fuel level and examine it multiple times before taking off. Pilots know that fuel gauges are not very reliable, so pilots must visually look to see the fuel level and make sure the fuel gauge is working properly before taking off. 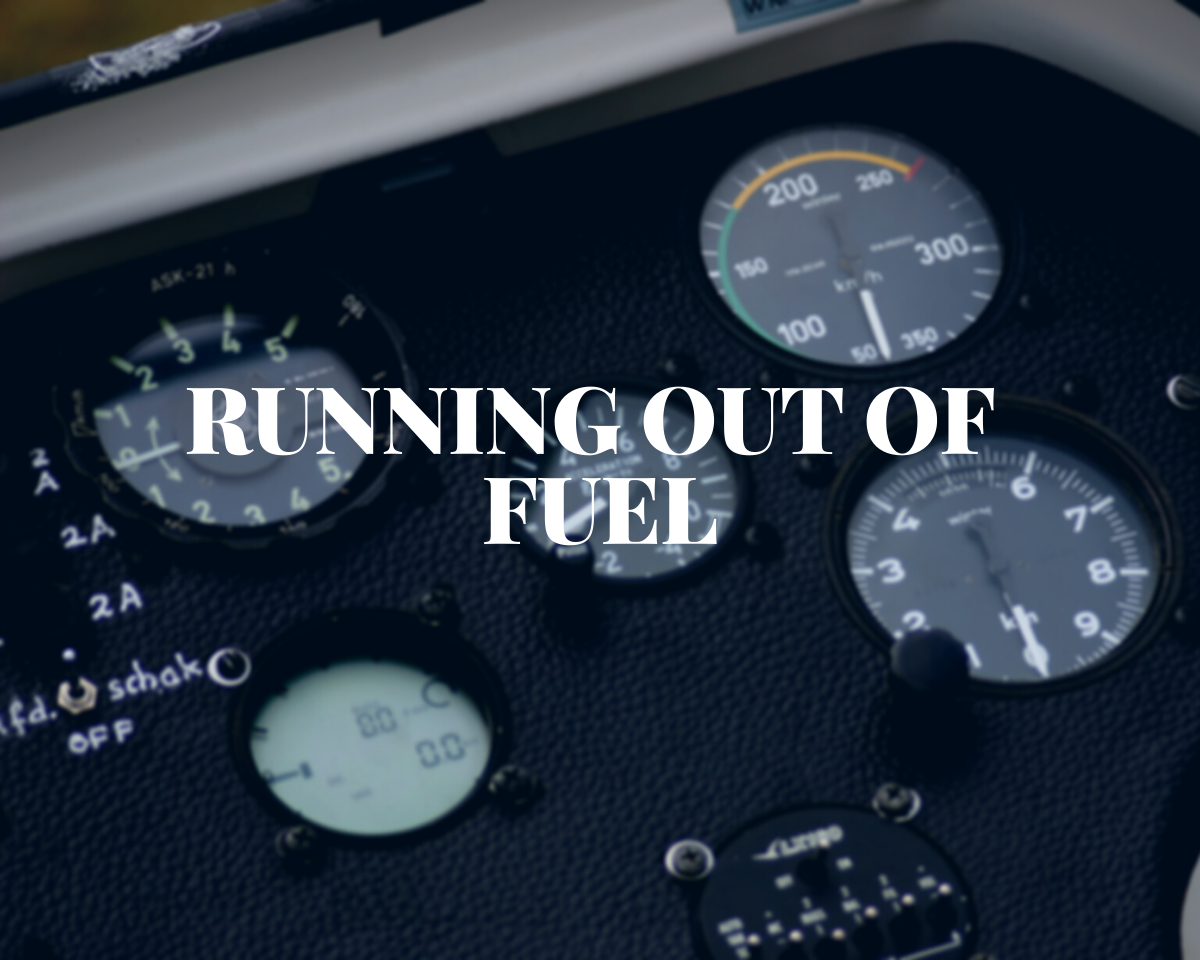 Reasons Why Pilots Run Out of Fuel

Despite this rigorous training, however, fuel starvation still occurs. When it does, it causes a terrible situation for the many innocent victims in the plane. Running out of fuel can be due to human error, mechanical error, or countless other problems. Here are some of the reasons why pilots run out of fuel.

There are many variables involved in flying commercial planes. Each of these could go wrong and cause a problem for the plane. Human error is the most frequent cause of fuel starvation. Crashes due solely to a mechanical problem or failure are the least common, but when they happen, the consequences are usually catastrophic.

Be Aware of Airlines’ Safety Record

Most of the time, fuel starvation is due to pilot error. In some situations however, mechanical failures cause airplane crashes. Regardless, the airlines in these situations may be liable for injuries that result from such crashes. Whether a negligent pilot or a malfunctioning plane created the crisis, passenger safety shouldn’t be in doubt. After an incident, you may need help from an experienced team of plane crash attorneys to determine the cause and how to pursue a fair claim.

Request Your Free Consultation All Fields Are Required *