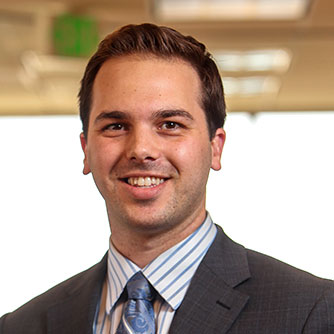 In April and May 2014, alongside firm partner Brian Panish and attorney Spencer Lucas, Mr. Douglass was a member of the trial team in Francisco v. AC Transit, representing a young women who suffered severe spinal injuries while riding a bus and her daughter who witnessed the incident. At trial, the jury awarded the young woman and her daughter $15.3 million for their losses.

In January 2015, Mr. Douglass was a member of the trial team in Casillas v. Landstar Ranger, Inc., representing a young man who suffered a below-the-knee amputation after he was struck by a tractor trailer while standing on the sidewalk. After aggressive litigating and trial preparation, the trial resulted in a $34.5 million verdict. This verdict is believed to be the largest verdict for a below-the-knee amputation in California history.

Prior to joining Panish Shea & Boyle LLP, Mr. Douglass worked as a trial attorney litigating personal injury and wrongful death cases in Woodland Hills, California. There, he tried multiple cases and recovered millions of dollars for his clients through verdicts and settlements.

Mr. Douglass completed his Bachelor of Science in Mathematics-Economics from University of California, Los Angeles, and his J.D. from Loyola Law School, Los Angeles. While in law school, Mr. Douglass honed his advocacy skills as a member of the nationally esteemed Byrne Trial Advocacy Team, whereby he was selected as one of only sixteen law students in the nation invited to compete in Baylor Law School’s “Top Gun” trial advocacy tournament. Mr. Douglass was also a national semi-finalist in the National Institute for Trial Advocacy’s “Tournament of Champions.”.